Most of the church family knows Lori - daughter of Felton and Mary Lou. Lori was diagnosed a while back with Stage 4 Lymphoma. She has been undergoing chemotherapy and still has one more treatment to go.

This week Lori has lost 9 lbs. This may possibly be due to ulcers in her mouth caused by the chemo and a loss of appetite, but her family is very concerned about this.

Please keep Lori in your thoughts and prayers.
Posted by Joyfull at 7:45 PM No comments:


The 57th Annual National Day of Prayer will take place Thursday, May 1, 2008. The theme for this year is "Prayer! America's Strength and Shield" and is based on the verse from Psalm 28:7 which states: "The Lord is my strength and shield; my heart trusts in Him and I am helped."

Mission:
The National Day of Prayer Task Force's mission is to communicate with every individual the need for personal repentance and prayer, mobilizing the Christian community to intercede for America and its leadership in the seven centers of power: Government, Military, Media, Business, Education, Church and Family.

The History Of National Day of Prayer
Because of the faith of many of our founding fathers, public prayer and national days of prayer have a long-standing and significant history in American tradition. The Supreme Court affirmed the right of state legislatures to open their sessions with prayer in Marsh vs. Chambers (1983).

The National Day of Prayer is a vital part of our heritage. Since the first call to prayer in 1775, when the Continental Congress asked the colonies to pray for wisdom in forming a nation, the call to prayer has continued through our history, including President Lincoln's proclamation of a day of "humiliation, fasting, and prayer" in 1863. In 1952, a joint resolution by Congress, signed by President Truman, declared an annual, national day of prayer. In 1988, the law was amended and signed by President Reagan, permanently setting the day as the first Thursday of every May. Each year, the president signs a proclamation, encouraging all Americans to pray on this day. Last year, all 50 state governors plus the governors of several U.S. territories signed similar proclamations.

The National Day of Prayer is Significant
The National Day of Prayer has great significance for us as a nation. It enables us to recall and to teach the way in which our founding fathers sought the wisdom of God when faced with critical decisions. It stands as a call to us to humbly come before God, seeking His guidance for our leaders and His grace upon us as a people. The unanimous passage of the bill establishing the National Day of Prayer as an annual event, signifies that prayer is as important to our nation today as it was in the beginning.
Like Thanksgiving or Christmas, this day has become a national observance placed on all Hallmark calendars and observed annually across the nation and in Washington, D.C. Last year, local, state and federal observances were held from sunrise in Maine to sunset in Hawaii, uniting Americans from all socio-economic, political and ethnic backgrounds in prayer for our nation. It is estimated that more than two million people attended more than 40,000 observances organized by approximately 40,000 volunteers. At state capitols, county court houses, on the steps of city halls, and in schools, businesses, churches and homes, people stopped their activities and gathered for prayer.

There is a special request we would like to share: Rex M.'s father who lives up north and is 96 years old took a fall this weekend. He lives in a nursing home facility and possibly fell while pushing his walker. He has fractured his upper leg and underwent surgery Sunday morning. He came through the surgery fine and may possibly return to the nursing home this week for rehabilitation. Please keep him and his family in your prayers.
Posted by Joyfull at 8:36 PM No comments:

Thoughts For the Week Ahead

In services today (Sunday), we were blessed to hear and receive God's Word into our hearts. The morning message was based on Psalm 28:7

"The Lord is my strength and my shield; my heart trusted in Him and I am helped. Therefore my heart greatly rejoices and with my song I will praise Him."

You are encouraged to keep this verse close to you heart this week and reflect and rejoice in the Lord.

Activities this week at Antioch include:

Have a blessed week!
Posted by Joyfull at 2:46 PM No comments:

Claudie B.'s family wanted to share an update with the church family. Claudie is at home now and has described her prognosis as cancer in the covering of the brain. The doctor's report is grim, but the family is encouraged by the prayers of those who love Claudie and their trust is in God. They are placing their hope in the Lord and keeping their spirits up. The church family is asked to continue to pray for Claudie and the family as they stand beside and minister to her.
Posted by Joyfull at 8:44 AM 1 comment:

There will be special guests ministering in the Sunday night service which begins at 6:00 PM. Doug Cullen and his family founded Choose Life Ministries. You can read more about them at Choose Life
Their ministry consists of traveling across the United States sharing the absolute truth of God's Word. They share with all ages how precious and valuable life is and share the good news of Jesus Christ. They also share with youth and adults the truth about abortion. This ministry is a family ministry and they will share with our adults and also will have a full program complete with singing, puppets, crafts and a lesson for the children.
Make plans to bring the family Sunday night at 6:00 PM.
Posted by Joyfull at 11:42 AM No comments: 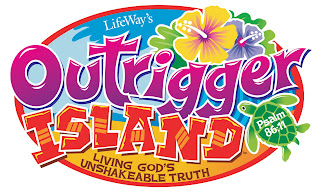 Just a reminder about the Vacation Bible School age-level clinic which will be held tomorrow (Friday) night at 6:30 PM at Westwood Baptist Church.
VBS is a wonderful ministry where God's Word is taught and seeds are planted into young hearts. The activities of VBS make learning fun for kids of all ages.
VBS at Antioch will be held July 6-10. A lot of preparation, time, effort and work must go into a VBS program for it to be successful. That takes a lot of people working together for the common goal: reaching and teaching kids about Jesus. Are there many more things more important than that? Please pray about where the Lord would like you to work this year. And don't forget to come to the VBS clinic Friday night! Lots of creative ideas are shared and you will be inspired!

Go, therefore and make disciples of all the nations, baptizing them in the name of the Father and of the Son and of the Holy Spirit, teaching them to observe all things that I have commanded you;...Matthew 28:19-20
Posted by Joyfull at 12:41 PM No comments:

Many of the church family know Claudie B. and have heard of her recent diagnosis. Almost a month ago, she was diagnosed with cancer and has been in the hospital for about two weeks. Claudie will be coming home in a day or so. She is finished with radiation treatments and is doing better with pain. The prognosis of her doctors is not good. Upon discharge from the hosptial, she will be home and Hospice will come give her assistance. Please keep Claudie and her family in your thoughts and prayers for God's grace, strength and comfort during this difficult time.
Posted by Joyfull at 8:24 PM No comments:

On Friday Aulden K. - young son of Mike and Sarah K. will have a dermatologist appointment. Aulden has a birthmark on his face and his doctor recommended getting it removed. Please keep the family in your prayers.

Also on Friday, Georgette R. will be having a procedure which will radiate her thryoid. Please keep her in your prayers that this procedure will correct her thyroid problem.

As we get this blog going, we will be adding prayer updates more frequently. If you have a request that you would like posted, please send an email to one of the addresse in the top right corner.
Posted by Joyfull at 3:46 PM No comments:

The new M&M program for children is off to a great start. Here are some highlights of some recent classes. 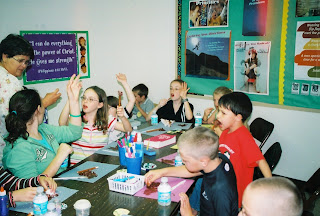 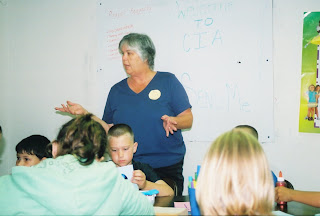 Of course there are crafts too! 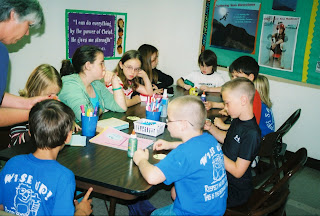 Posted by Joyfull at 7:00 PM No comments:

At Antioch Baptist, prayer neeeds are very important to us. The Bible tells us the " the effectual, fervant prayer of a righteous man availeth much". Part of loving one another, is to pray for and care for each other. Prayer requests are listed on the back of the church bulletin each week for the church family to see and pray for.
Posted by Joyfull at 1:53 PM No comments:

Some upcoming opportunities this week at Antioch are as follows:

M&M's (Music and Missions) is the newest ministry for Antioch Baptist. These are programs for children each Sunday and Wednesday evening. The schedule is as follows:

Nursery for children under 2 is provided.

For adults on Sunday evenings a Bible Study through Romans begins at 6:00 PM.
Wednesday evenings there is adult prayer meeting beginning at 7:00 PM.
Bring the family and come worship Sunday and Wednesday evenings.
Posted by Joyfull at 1:03 PM No comments:

Thank you for stopping by the new blog for Antioch Baptist Church. This blog is designed to be a place to read about activities and prayer needs from Antioch Baptist Church family and friends at your convenience. The telephone prayer chain which is the system currently used to share with the church family prayer needs, will still be in effect. This blog is an additional tool to keep the church family connected throughout the week sharing prayer needs and upcoming activities. We hope that you will come back often here. Please remember to pray for the listed needs and keep Christ's love alive for one another.
Posted by Joyfull at 12:06 PM 1 comment: