Please join us for an Easter Sunrise Service at 8:00 AM Easter Sunday - April 1.


We will gather in the church courtyard for a time of celebration in song and Scripture.  Following the service a light breakfast will be served.  Be encouraged to come out early and enjoy the majesty of Easter Sunday!
Posted by Joyfull at 6:30 AM No comments: The menu for this week's Family Ministries Meal will be:
Chicken and Rice
Sliced Tomatoes
Green Beans
Bread
Dessert 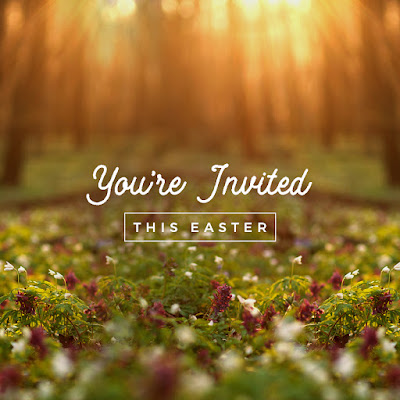 Easter is this Sunday (April 1). It will be a special day at Antioch as we begin with a sunrise service at 8:00 AM. A light breakfast will follow.

Sunday School will be at 9:45 AM, Morning Worship begins at 11:00 AM.  There will be no evening service.  Be encouraged to come and this week be open to opportunities to invite others to join us!
Posted by Joyfull at 6:00 AM No comments: 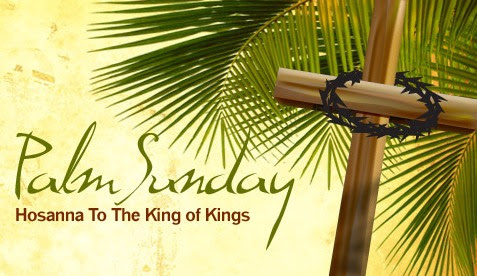 Palm Sunday is the Sunday before Easter that begins the Holy Week. It is the day that we remember and celebrate the day Jesus entered into Jerusalem as Savior and King. As Jesus rode a donkey into the town of Jerusalem a large crowd gathered and laid palm branches and their cloaks across the road, giving Jesus royal treatment. The hundreds of people shouted "Hosanna to the Son of David! Blessed is he who comes in the name of the Lord! Hosanna in the highest heaven!"

On the heels of Palm Sunday, as we begin this Holy Week, may we constantly be reminded of its significance and value for our lives today. That very important day in history, when Jesus began His journey towards the cross.

5 Things about Palm Sunday that Remind Us Christ is King

1. God's Word tells us the people cut palm branches and waved them in the air, laid them out on the ground before Jesus as He rode into the city. The palm branch represented goodness and victory and was symbolic of the final victory He would soon fulfill over death.

2. Jesus chose to ride in on a donkey, which directly fulfilled Old Testament prophecy of Zech. 9:9. In Biblical times, it was common for kings or important people to arrive by a procession riding on a donkey. The donkey symbolized peace, so those who chose to ride them showed that they came with peaceful intentions. Jesus even then reminded us that He is the Prince of Peace.

3. When the people shouted "Hosanna!" they were hailing Christ as King. That word actually means "save now," and though in their own minds they waited for an earthly king, God had a different way in mind of bringing true salvation to all who would trust in Him.

4. The Bible says that Jesus wept for Jerusalem. In the midst of the praise of the moment, He knew in His heart that it wouldn't be long that these same people would turn their backs on Him, betray Him, and crucify Him. His heart broke with the reality of how much they needed a Savior.

5. Palm Sunday reminds us that the reign of Christ is far greater than any the mind of man could ever conceive or plan. Man looked for someone to fight their battles in the present day world. Yet God had the ultimate plan of sending His Son to fight the final battle over death. This is the greatness of why we celebrate this week. Because of Christ's ultimate sacrifice, we can be set free of death.

In this Holy Week, may God direct our thoughts and attention towards what matters most, Jesus Christ our King...

Let's choose to focus on worshipping our Lord, thanking Him for the gift of His sacrifice, celebrating the power of the Resurrection, and the new life found in Him alone.

We hope you will be a part of Family Ministries!

We are all a community in the Body of Christ, and we are called to intercede on behalf of each other to keep the body holy. If one member of the body suffers, we all suffer; prayer requests are not just for healing an illness; they can be made for any reason.

Antioch has had a telephone prayer chain in effect for many years. It is time to do some revising and also a great time to add some improvements.

We are implementing a recorded broadcast option. In just a fraction of that time, a broadcast message sent to the entire list which will receive the message to pray at the same time. Imagine the power of your entire prayer chain list suddenly stopping and praying all at the same time for the same purpose. This will offer a quick outgoing message to be received and prayed for immediately.  There is also no action needed such as calling the next person in the prayer chain. A text option is also available if you would prefer to receive prayer requests through text.

The traditional telephone prayer chain will still be an option for those who enjoy hearing and communicating with one another.

There will be a sign up sheet available for a few weeks if you would like to be a part of this vital church ministry. Please sign up with your preferred method of receiving calls and your phone number.
Posted by Joyfull at 9:54 AM No comments: 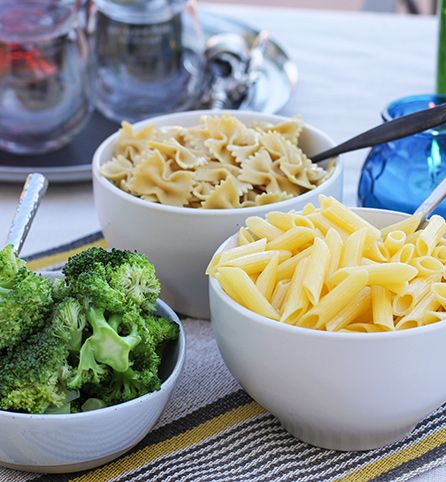 This week's Family Ministries Menu will be a Pasta Bar, various pastas, sauces and meats, corn, salad and garlic bread. Something for everyone!

Thank you for your support for Family Ministries as we seek to grow in the Lord in our church and families.
Posted by Joyfull at 5:30 AM No comments: 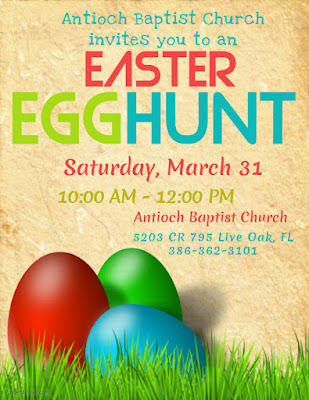 Our annual Children's Easter Activity will be March 31 beginning at 10:30 AM.  Please plan to bring your children and invite others to enjoy a fun time of celebrating Easter.
Posted by Joyfull at 6:00 AM No comments:

Last Saturday, our children gathered at church to bake cookies and write notes of appreciation for our local nurses. This act of service corresponded with Children's Ministry Day, a day set aside to engage our children in mission activities. A basket was prepared and delivered to our local hospital. The nurses loved it and deeply appreciated the gesture of service and love. 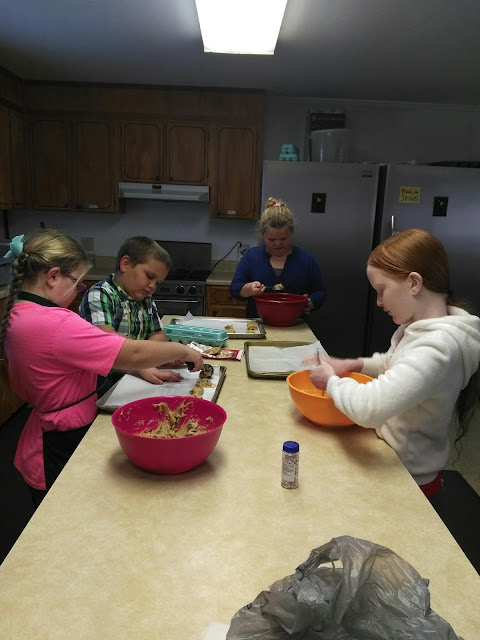 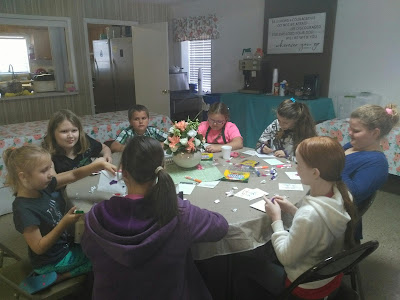 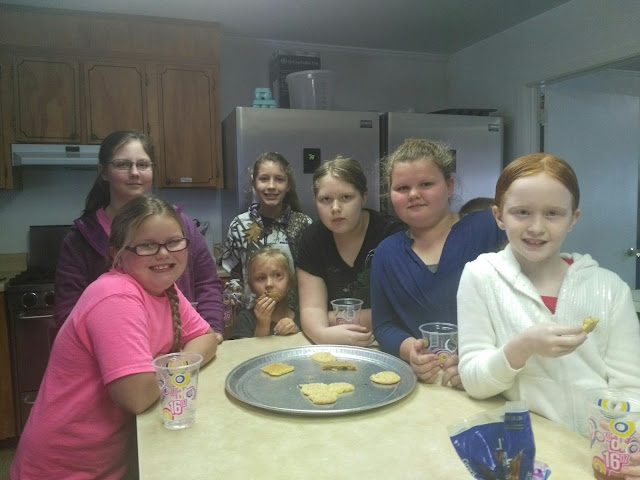 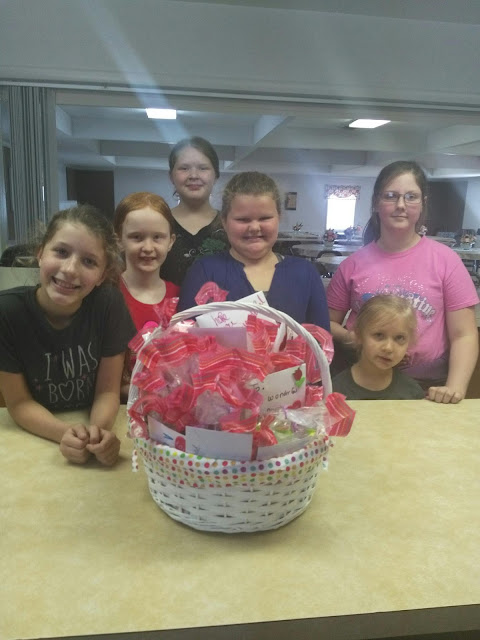 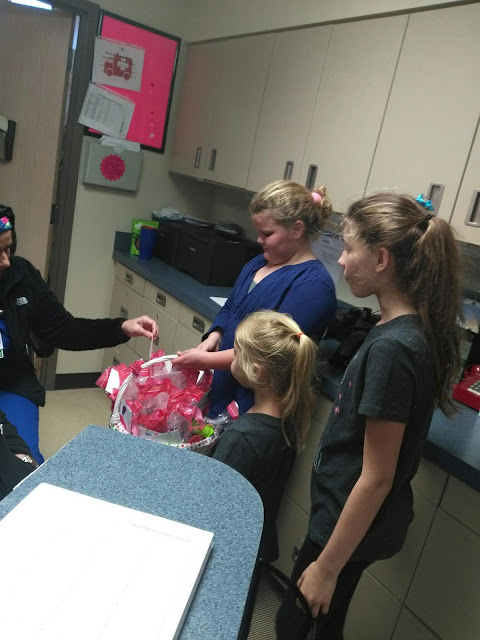 Posted by Joyfull at 1:28 PM No comments:

Why Should We Hear From God?

Last Sunday, the sermon reminded us of the blessing that God speaks to us. Why is it important to hear God's voice?

WHY IS IT IMPORTANT THAT WE KNOW GOD IS SPEAKING TO US?

1. Hearing God’s voice assures me that I’m in GOD’S FAMILY.
This shows that God speaks to His people.One of the proofs that you are a Christian is that Jesus speaks to you. That shows you are in God’s family.

2. Hearing God’s voice helps protect me from making MISTAKES.
God is there trying to lead and guide us. The only way He can do that is if we listen to Him. The question is, “How much do I listen to Him?” 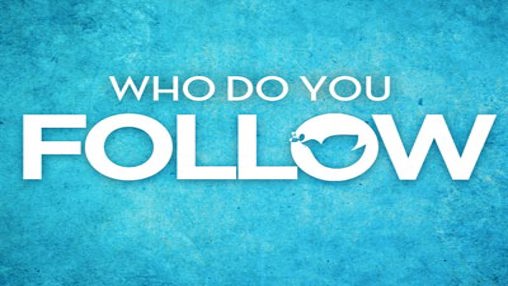 The annual Who Do You Follow community walk through town will be held on March 31 beginning at 10:00 AM.

Everyone is encouraged to walk or ride for Christ.  Meet at Paul Langford Stadium.  There will be a gospel sing immediately following the walk.
Posted by Joyfull at 6:30 AM No comments:

We love Family Ministries!   This week we are excited with some new things coming our way.

We begin with a meal at 5:30 PM
Menu will be Baked Ham, Macaroni & Cheese, Cabbage, Bread and Dessert. 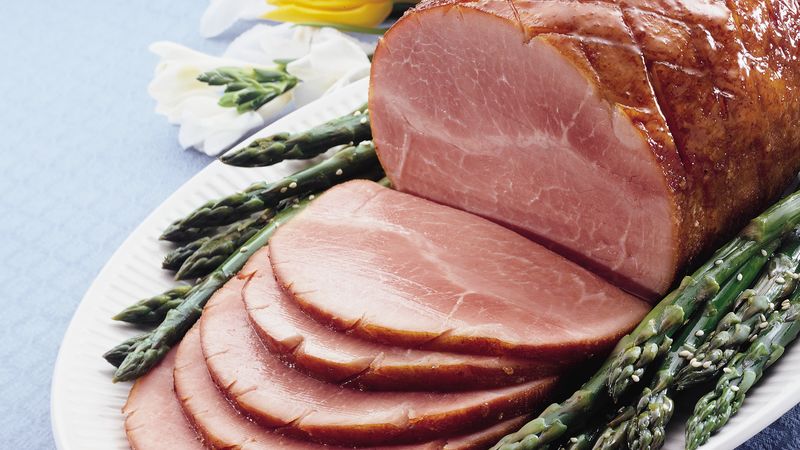 NEW Ladies Bible Study - The Quest by Beth Moore.
*This week we will begin at 6:15 PM and will meet in the fellowship hall. 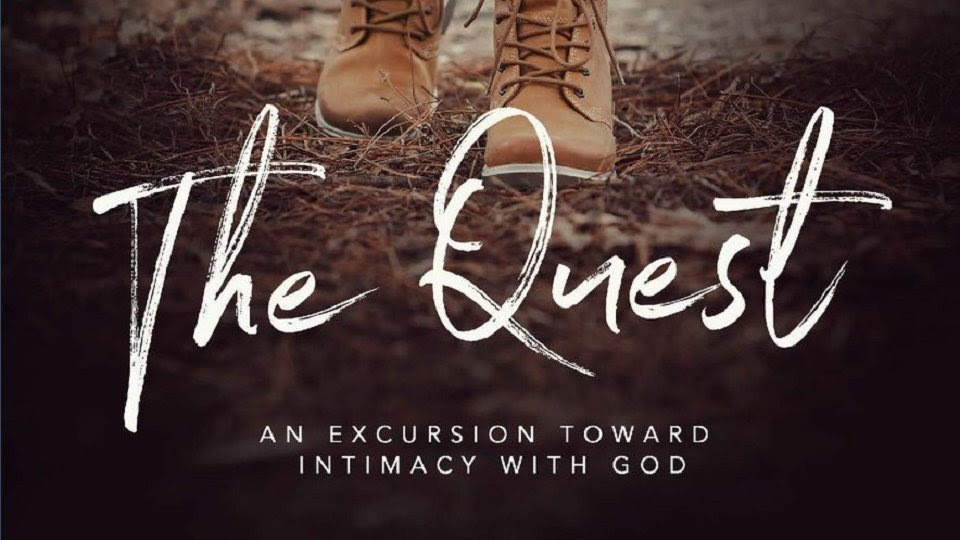 True Love Waits- a study for our teens about the importance of purity.

We hope you will come and be a part of Family Ministries where we grow in the Lord as a family.
Posted by Joyfull at 6:30 AM No comments:

Hearing the Voice of God

Sunday morning we were reminded of the importance of God's speaking to us. Here are a few ways God speak and how we can listen better.

1. God speaks through THE BIBLE.

This is the number one way that God speaks.

“All Scripture is given by inspiration of God, and is profitable for doctrine, for reproof, for correction, for instruction in righteousness, that the man of God may be complete, thoroughly equipped for every good work.” 2 Timothy 3:16-17 (NKJV)

Circle the word “inspiration”. The word literally means, “God breathed.” The Bible is not just a collection of wonderful thoughts. It is the inspired Word of God. There is no other book in the world like this book.

As you read God’s Word, God will speak to you. He will give you comfort. He will correct you. He will guide you. He will help you but you must read His Word. That is why it is so important that you have a daily quiet time.

God often speaks to us through fellow believers. In fact God has put special people in the church to instruct and teach us.  God speaks through teachers, preachers and pastors and it changes our lives if we listen to them.

God puts thoughts in our minds. When God puts a thought in your mind its called inspiration. “But the Counselor, the Holy Spirit—the Father will send Him in My name—will teach you all things and remind you of everything I have told you.” John 14:26 (HCSB)

Look at the word “remind”. This means that God will bring scripture and teaching back into your mind. God gives us ideas. He gives us hunches. He gives us insights. Some of the most brilliant ideas you have had weren’t yours. God loves you and cares for you. He is interested in all the details of your life, so He gives you direct thoughts.
Posted by Joyfull at 11:13 AM No comments:

During the ladies fellowship, our ladies celebrated with the C. family the arrival of baby Finn.

Posted by Joyfull at 3:01 PM No comments:

Our ladies gathered for a time of fellowship last week.  It is always fun to enjoy a time of fun, food and encouragement!

Posted by Joyfull at 2:58 PM No comments: