All four!!!  Camp got cut short, but while it lasted, we had a lot of fun! 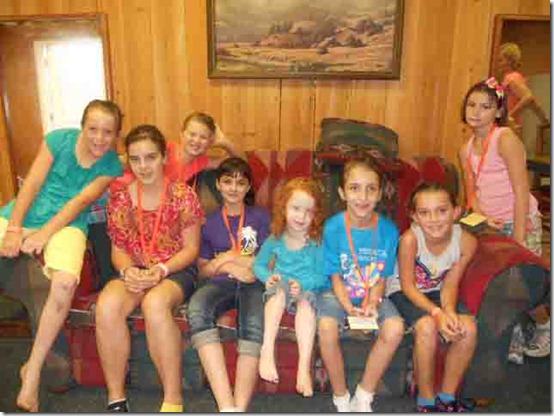 They carried a lot of baggage! 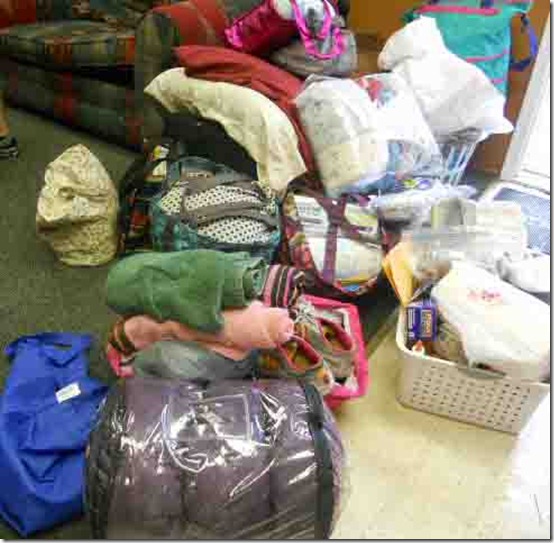 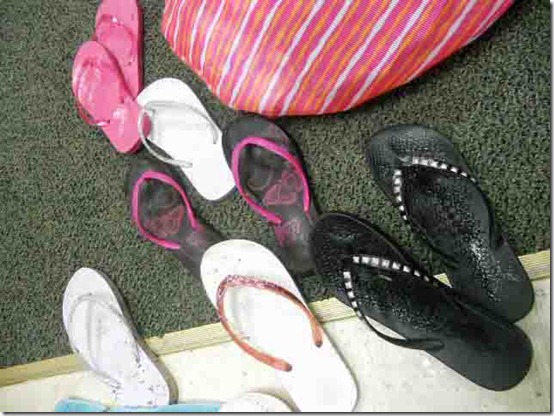 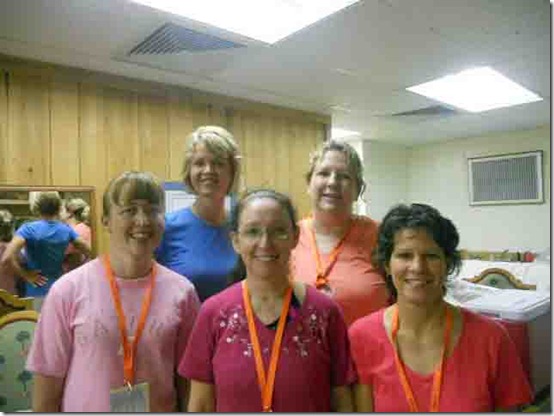 This Sunday (July 1) we will have a 4th of July celebration at the church from 5:00 - 7:00 PM.  There will be great food, fun and family fellowship.  There will be games for kids of all ages, prizes and a sneak peek into our Vacation Bible School activities.

Hamburgers and Hot Dogs will be provided, please bring a covered dish that compliments such as cole slaw, potato salad, chips, dessert.
Posted by Joyfull at 2:03 PM No comments:

Here is a peek of our softball team in action!  Watch the blog and bulletin for games times. 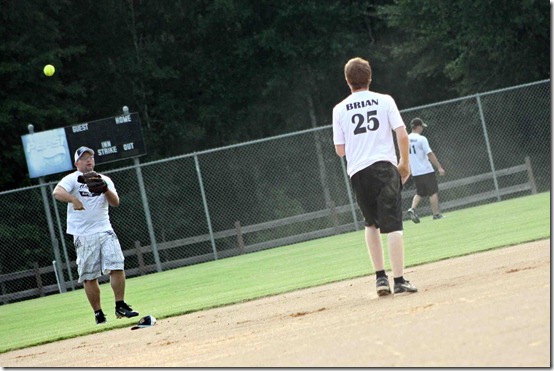 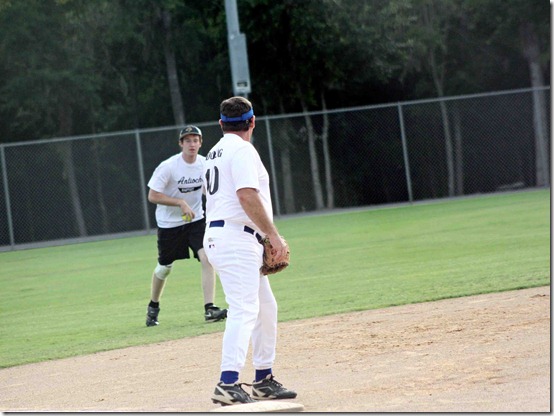 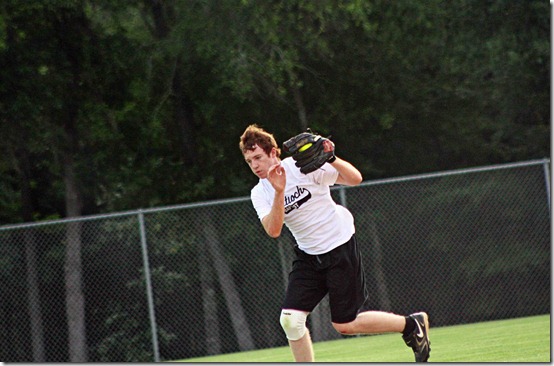 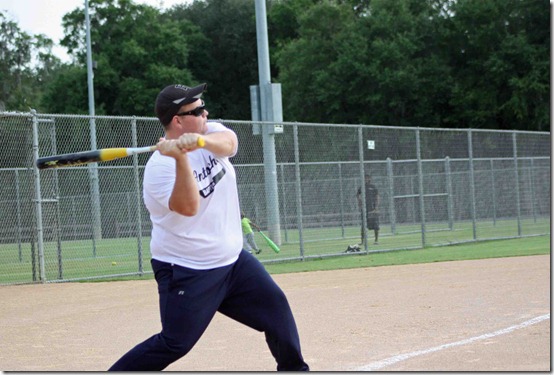 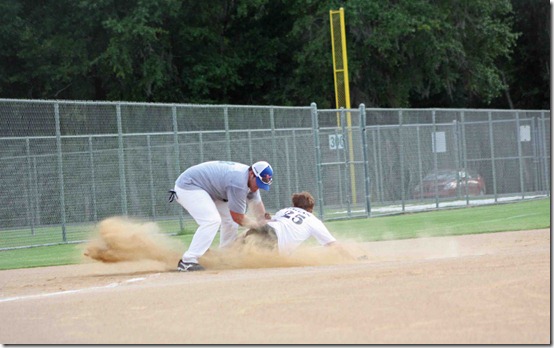 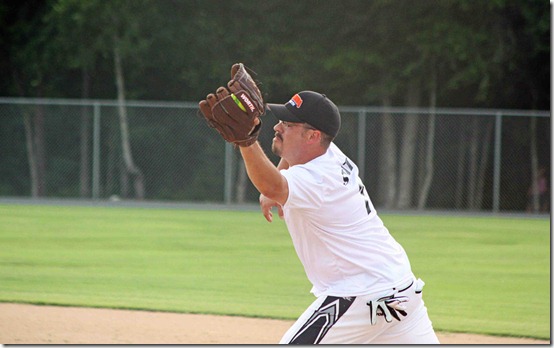 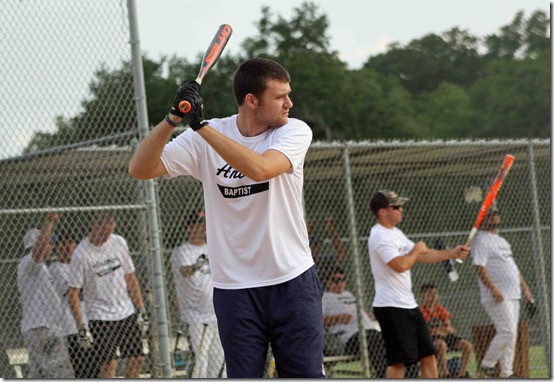 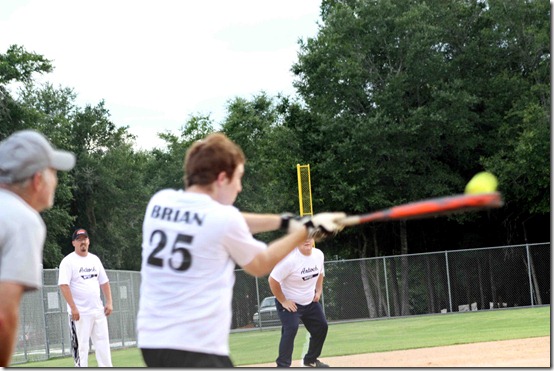 Posted by Joyfull at 9:09 AM No comments:

A sure way to let others know we at Antioch care about them is to show them. Church visitation is one area that makes us often feel uncomfortable!  The thought of meeting up, going to someone's home and knocking on the door surely takes us out of our comfort zone!

But, as a church grows, our heart for others grows.  Though challenged, God's will and desires become more important to us and we follow Him through our fear and feelings of inadequacy.

In a step of faith, we have set the date for a morning of visitation - June 30 we will meet at the church at 9:30 AM and reach out with Christ's love to invite families to our church.  We are placing an emphasis on families as we encourage them to come to Vacation Bible School and become active in Sunday School.

Will you take part?  Are you interested in church growth that goes beyond numbers and into allowing God to change lives, homes and families?  This step of faith may be the spark to bring about the things that only God can do!
Posted by Joyfull at 2:58 PM No comments:

What Is A Dad?

A dad is someone who
wants to catch you before you fall
but instead picks you up,
brushes you off,
and lets you try again.

A dad is someone who
wants to keep you from making mistakes
but instead lets you find your own way,
even though his heart breaks in silence
when you get hurt.

One father is more than a hundred Schoolemasters. ~George Herbert,Outlandish Proverbs, 1640

By the time a man realizes that maybe his father was right, he usually has a son who thinks he's wrong. " -Charles Wadsworth

"My father didn't tell me how to live; he lived, and let me watch him do it."
-- Clarence Budington Kelland, U.S. Writer

"A good father is one of the most unsung, unpraised, unnoticed, and yet one of the most valuable assets in our society."
-- Billy Graham, Christian Evangelist
Posted by Joyfull at 7:06 AM No comments: 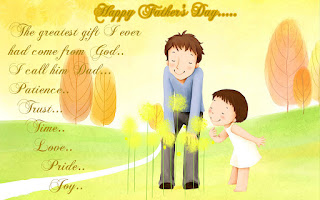 This Sunday is Father's Day!  The ladies of Antioch have a special day planned to celebrate and show appreciation to our dads.  Breakfast will be served to dads and the family Sunday morning at 8:30 AM.  Plan to come early and bring dad for a time of food and fellowship.
Posted by Joyfull at 2:47 PM No comments:

The adult men and adult women Sunday School classes will have a get together on this Friday at 6:30 PM at the home of Dave & Kathy B.  If you are in either of these classes, be encouraged to join for some great fellowship!  Bring a covered food dish.
Posted by Joyfull at 9:39 PM No comments:

Our men cooked and served a delicious breakfast for our mothers on Mother’s Day.  Great food, entertainment and fellowship was present!  Here are a few scenes from the day: 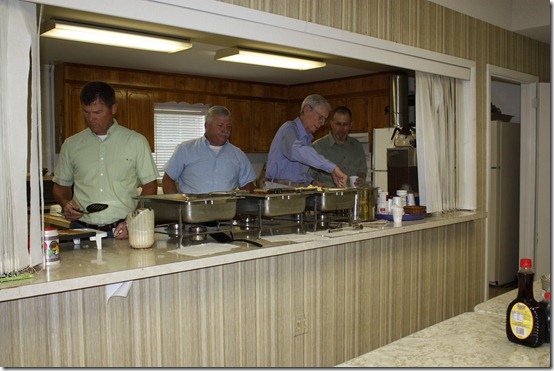 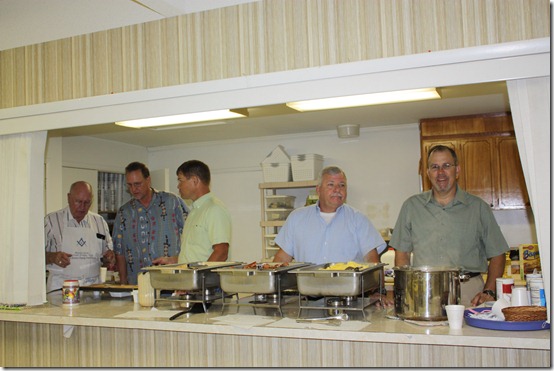 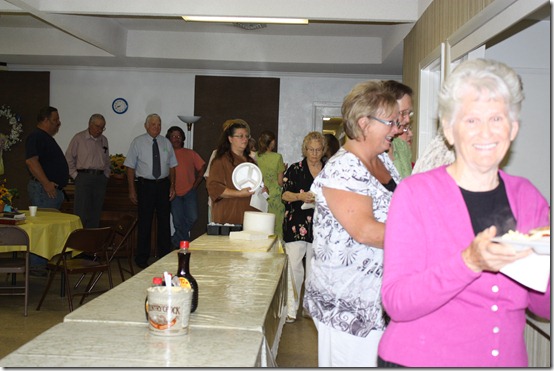 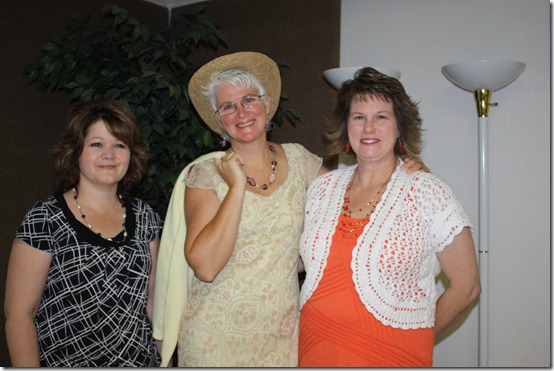 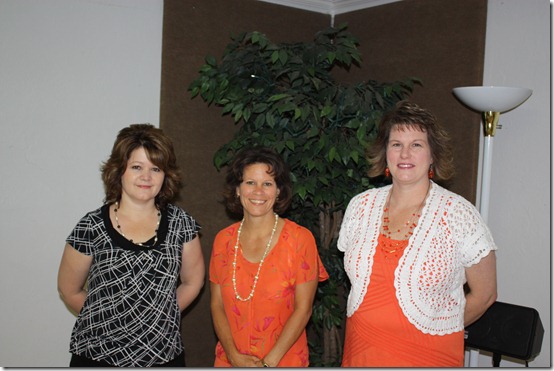 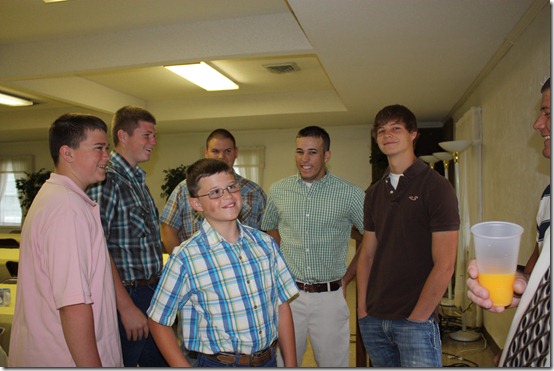 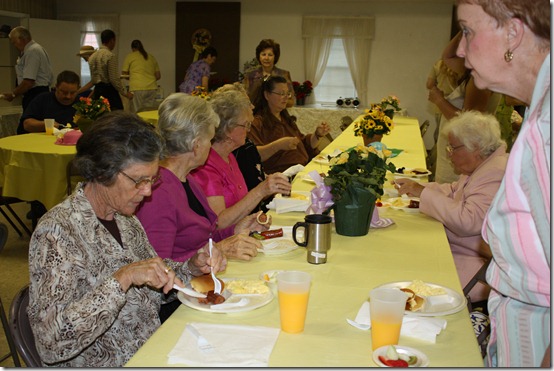 Thank you, men for a wonderful breakfast!

Posted by Joyfull at 6:40 PM No comments:

Aphorism: a short, pointed sentence that expresses a wise or clever
observation or a general truth.

1. The nicest thing about the future is that it always starts tomorrow.

2. Money will buy a fine dog, but only kindness will make him wag his tail.

4. Seat belts are not as confining as wheelchairs.

5. A good time to keep your mouth shut is when you're in deep water.

6. How come it takes so little time for a child who is afraid of the
dark to become a teenager who wants to stay out all night?

7. Business conventions are important because they demonstrate how
many people a company can operate without.

8. Why is it that at class reunions you feel younger than everyone
else looks?

9. Scratch a cat and you will have a permanent job.

10. No one has more driving ambition than the teenage boy who wants
to buy a car.

11. There are no new sins...the old ones just get more publicity.

12. There are worse things than getting a call for a wrong number at
4 a.m. -- like, it could be the right number.
13. No one ever says "It's only a game" when their team is winning.

15. Be careful about reading the fine print...there's no way you're

16. The trouble with bucket seats is that not everybody has the same

17. Do you realize that, in about 40 years, we'll have thousands of old men and women running around with tattoos? (And rap music will be the Golden Oldies!

18. Money can't buy happiness -- but somehow it's more comfortable to cry in a Cadillac than in a Yugo

19. After 60, if you don't wake up aching in every joint, you're probably dead

20. Always be yourself because the people that matter don't mind...and the ones that mind don't matter

22. Politicians and diapers should be changed often...and for the same reason
Posted by Joyfull at 9:45 PM No comments:

Can you believe it is JUNE?   Although June gives us a bit more leeway in our schedules, it can still be a busy time.  As we enjoy the freedom from school, the slower pace of days and the fun activities of summer, may we be mindful to not 'relax' in the work of the Lord. There are still ministries to fill, people to touch and the extra time in summer allows us to be more diligent in our service to Him.  It's not just 'a thing to do', but a chance to dedicate ourselves, step up our leadership and be in tune to where God is working...and join Him!

Here are some special June dates for Antioch, but keep in mind the weekly activities going on - Sunday night - kids and youth class, Tuesday - Men On a Journey - Wednesday - Ladies Prayer Meeting.

Church softball is in full swing, keep an eye on the blog, the bulletin and the church Facebook page for weekly dates and times.

Posted by Joyfull at 2:04 PM No comments:

Our seniors will be graduating tonight.  Please pray for a great graduation ceremony and continue to keep them in your prayers as they face the future.  May God guide and direct their lives. 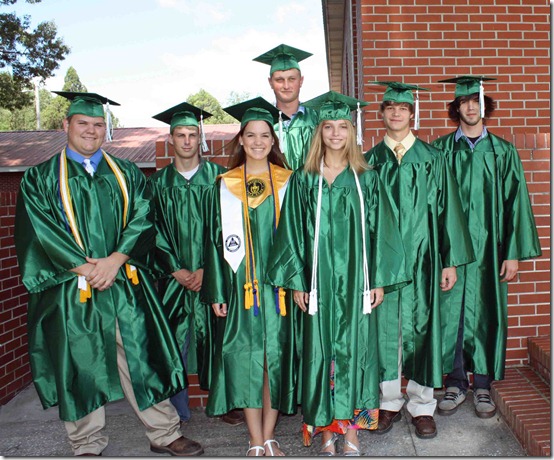 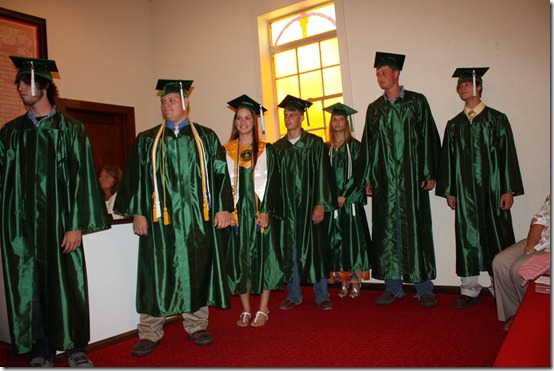 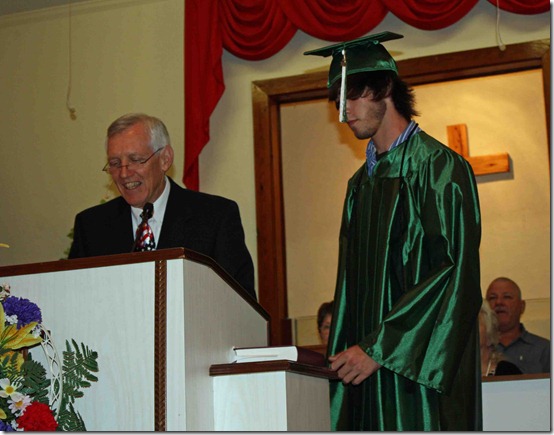 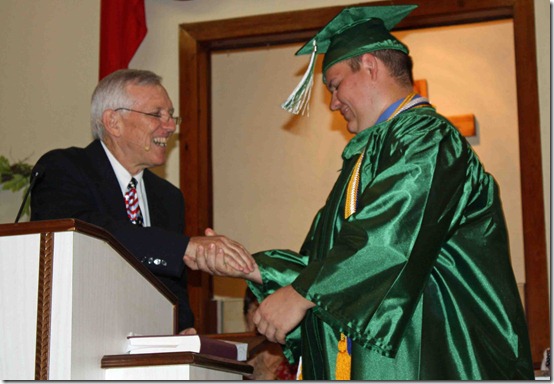 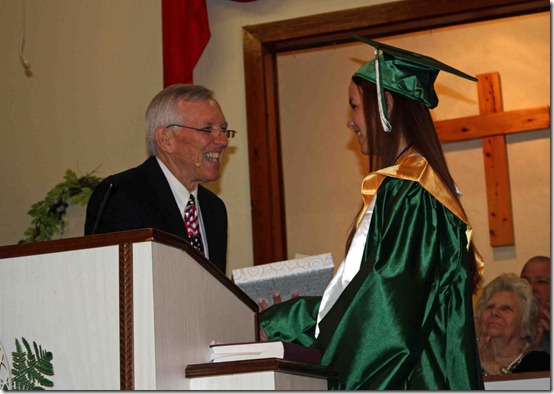 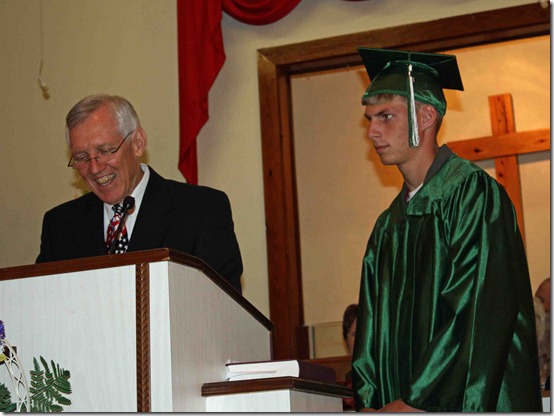 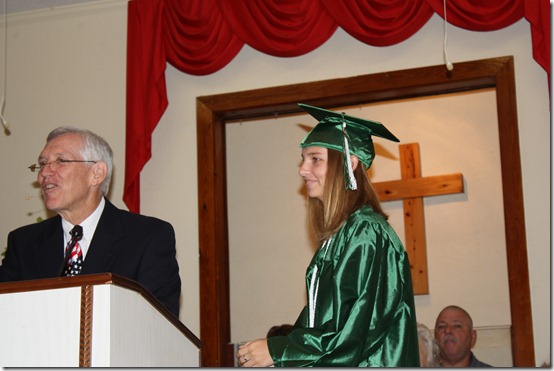 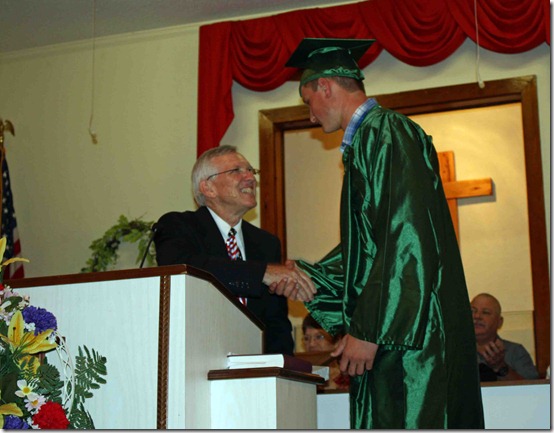 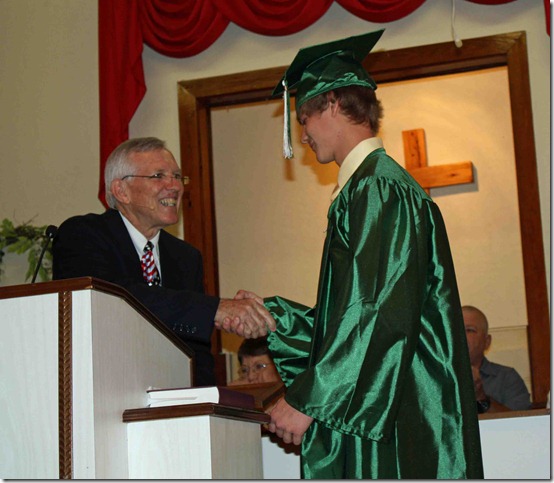 Posted by Joyfull at 2:06 PM No comments: