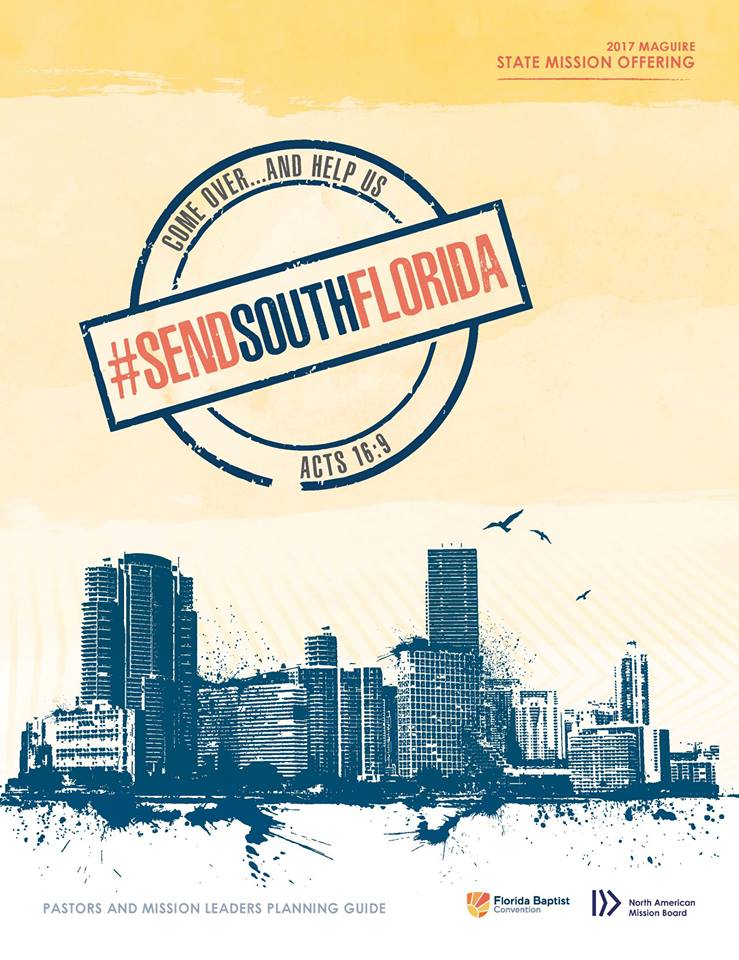 Florida Baptists look to the month of September as a time of awareness, reflection and prayer for the great opportunities God has presented them in the state.

The 2017 State Mission Offering will be totally dedicated to funding new initiatives in South Florida through a partnership between the Florida Baptist Convention and North American Mission Board. This re-launched partnership calls for a greater Kingdom vision with more engagement, more commitment and more involvement to reach three South Florida counties—Miami-Dade, Broward and Palm Beach—where more than one-third of the state’s population resides.

Why a state mission offering? Because 75 percent of Florida’s 20 million population—15 million—do not have a saving relationship with Jesus Christ. With more than a third of the population in Florida, 95 percent of South Florida’s population is unchurched.

100 percent of the State Mission Offering will be earmarked for church planting, church revitalization and church restarting in South Florida.
Posted by Joyfull at 6:30 AM